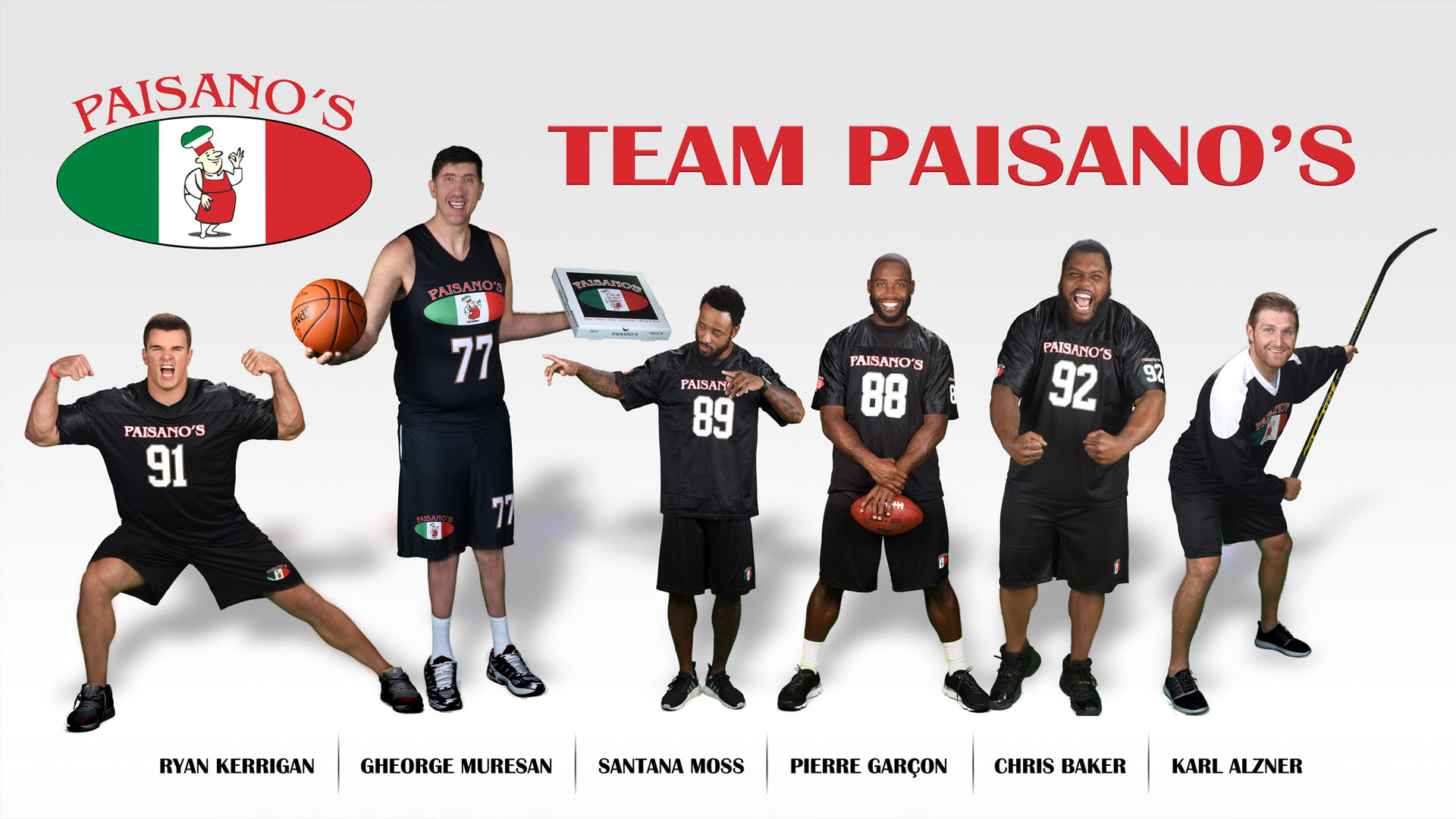 In the past month ESB Advertising has been working on many new and exciting projects that are set to launch this fall season. One of the most recent completed ventures is our new commercial for Paisano’s! Paisano’s has always loved incorporating athletes into their advertisements, and this series of shoots was one of the most involved yet, as pizza goes great with all types of sports!

Featured in the commercial are Pierre Garcon, a longtime beloved Paisanos sponsor and Washington Redskins Wide Receiver. We always love working with Pierre because of his fun and goofy personality on set. Also in the commercial are Chris Baker or “Swaggy,” who plays on the defensive end, Ryan Kerrigan, a linebacker, and Santana Moss, a former wide receiver who played for the Redskins. One of the more standout (literally) athletes in the commercial is Gheorghe Muresan, who stands at a staggering 7’7” and was drafted by the Washington Wizards in the 1993 draft. This year, we were also able to introduce Karl Alzner, who plays as a defense-man for the Washington Capitals, into the lineup. All of the athletes had their own unique style during the shoots which made for a very dynamic and exciting experience throughout the whole process.

Shooting these commercials was also super easy for our team. Normally, for these types of extensive food shoots, food stylists are hired to make sure everything look perfect. This requires extra time and a much more detailed thought process. For this particular project, however, we had no food stylists; we simply ordered Paisano’s delivery, like any normal customer would, and told the players to come hungry. The rest was easy! The players sat in our green room and ate until they were full. Not a bad day for a hungry athlete, right?

The commercial consists of the Paisano’s team enjoying their food items so much that they are not able to respond to the interviewer’s questions. From Chris “Big Bite” Baker to Gheorghe “Jumbo Slice” Muresan, each player has his own Paisano’s favorite. We really wanted to highlight the fact that the Paisano’s menu truly includes, “not just pizza, but something for everyone!”

That’s not it though… We have a few more commercials in the making, so don’t forget to check back on our website, YouTube, Facebook or LinkedIn to stay up to date with all of the latest ESB news! Also, make sure to take a peek at our hilarious bloopers video where we get to show you some of the behind the scenes action with the team!

Commercial #1 with the Paisano’s team: