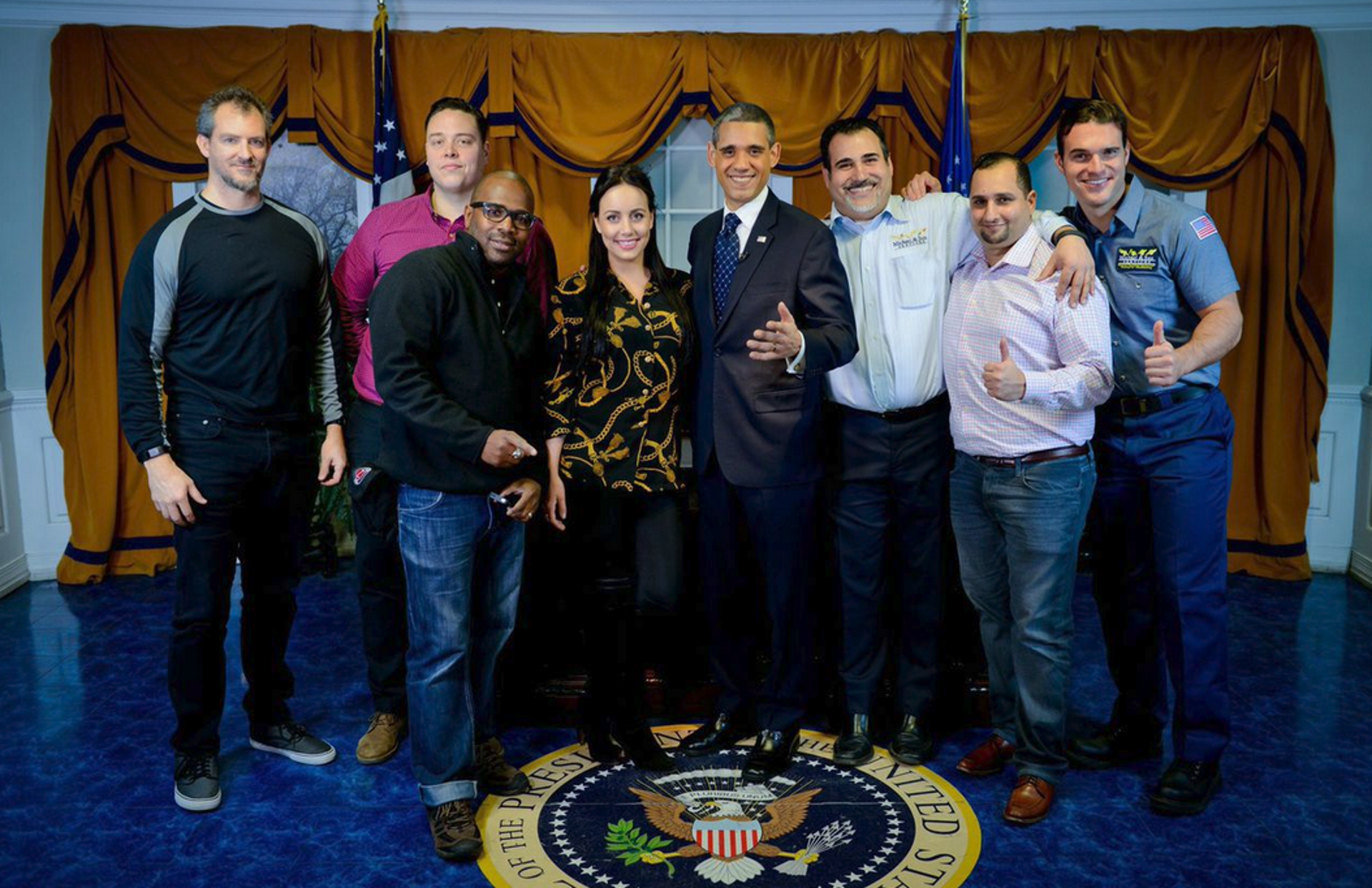 During 2014, ESB Advertising Agency and Michael & Son teamed up to release a series of commercials depicting historical events with their latest airing during the 2015 SUPERBOWL.

The action-packed spot features, of course, The Michael & Son Technician coming to the rescue. In addition, two shorter spots poke fun at the Patriot’s ball deflation controversy. Eiman Bassam, founder of ESB, says “This is the only time of the year that people actually tune in to watch commercials. So, we had to challenge ourselves and come up with something that would catch the consumer’s attention.”

In addition, ESB Advertising Agency created a handful of shorter five second spots, one of which gaining a huge amount of attention on social media for poking fun at the Patriot’s ball deflation controversy.

It only took five seconds of a Michael and Son man inflating a football for social media to react.

The commercial is part of a series that was created this past summer as part of a branding campaign for the Michael & Son tagline, “If you can’t, we can!” From a caveman unable to start a fire, to Apollo astronauts unable to plant the U.S. flag on the moon, and most recently, a young George Washington unable to chop down the cherry tree, there is no problem that the Michael & Son man can’t solve.