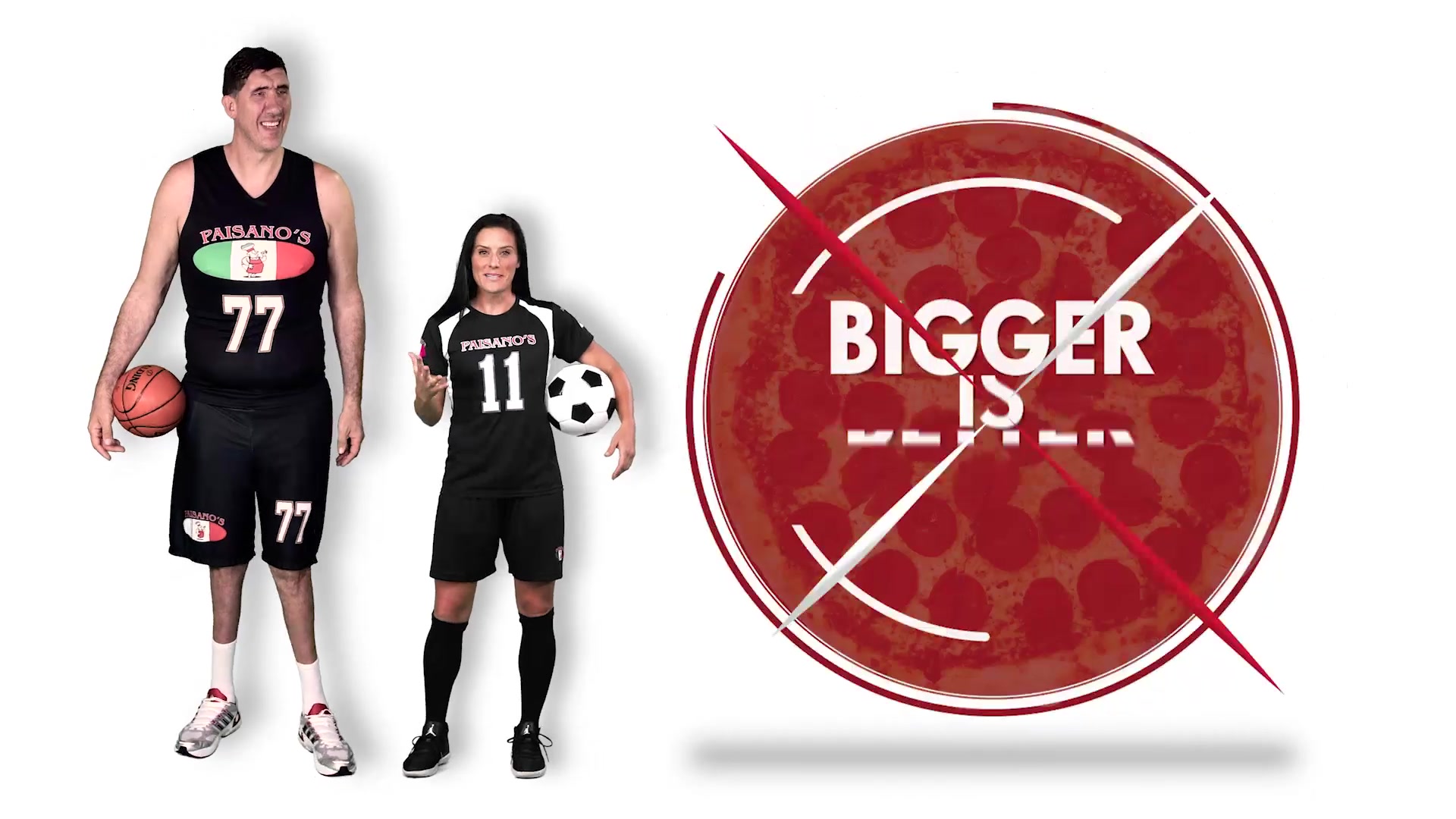 Introducing the new 2017 Paisano’s team! ESB Advertising created another commercial featuring DC sports figures listing their Paisano’s favorites in a catchy new tune. This spot is sure to get stuck in the heads of sports and pizza fans everywhere.

Over the past few months, the ESB Advertising team has been working with Paisano’s to create a new concept and commercial for the rapidly expanding franchise. After brainstorming, the team decided that it would be most effective to continue to build off of last year’s concept that introduced the tagline “Not just pizza, something for everyone!” and featured local professional athletes and their favorite Paisano’s dishes. This year’s creative, “Whatchu Want?!” is a continuation of last year’s concept, in which players ask customers what they want from Paisano’s Pizza.