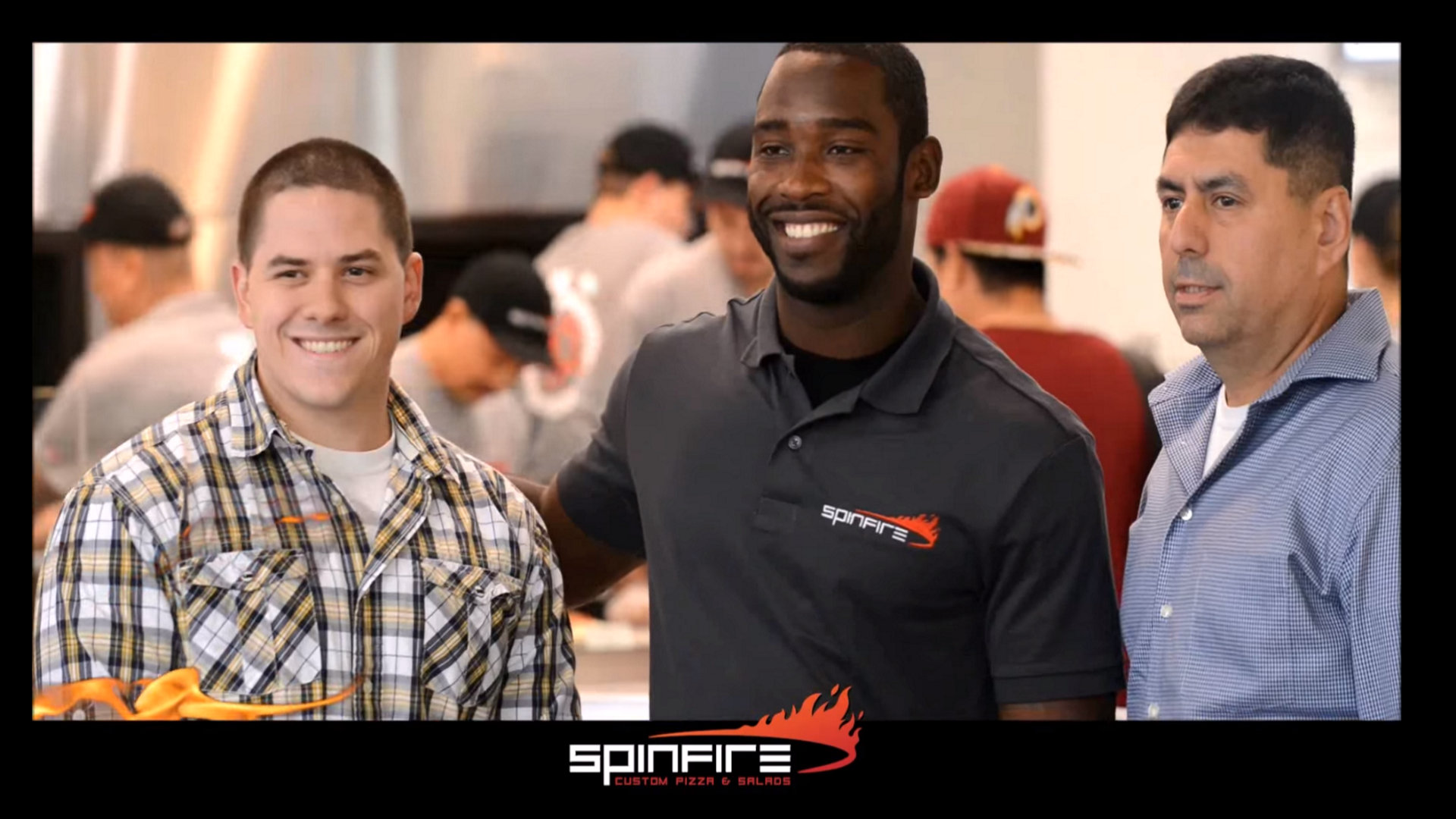 October 9th 2014 was an exciting day for Washington Redskins wide receiver Pierre Garcon. With co-owner Fouad Qreitem, Garcon opened the doors to his new restaurant, Spin Fire Pizza. The concept of the restaurant is very unique, offering customized pizzas ready to eat in only 90 seconds. Each customer can choose from a wide variety of fresh ingredients to make his or her own personalized pizza.  Qreitem explains the concept stating, “It’s pizza Chipotle- style. You pick your toppings, it goes into an oven that’s burning at 900 degrees, 90 seconds later you get your pizza and you are ready to eat!”

The grand opening began at 6 pm at One Loudon in Ashburn, Virginia. If you hadn’t already heard about the event through the various social media blasts, you were sure to find out as the venue was decked out with balloons, a DJ, and even a red carpet.

Guests, which included various Redskins players, were greeted with smiling staff and sent off the red carpet thru the pizza assembly line to create their very own SpinFire experience. Garcon was all smiles as he cut thru the giant red ribbon, “It is great seeing all the Redskins fans here, and all the customers here. It’s an amazing feeling.”

Amongst the many fans that came to show support for Garcon were also many of his fellow teammates and Redskins alumni including Robert Griffin III, Kurt Cousins, and Santana Moss. “I’m so excited for my man!” Griffin III exclaimed, “He’s a business owner, baby!”

Quarterback Kirk Cousins arrived with his wife towards the end of the evening and was very satisfied with his dinner. “I’m really excited to be honest,” Cousins told cameras, “It is a thrill for me to see Pierre be able to open his own restaurant.”

The grand opening, which was promoted by ESB Advertising  and can be seen below, proved to be a great night for teammates and fans alike. “From one Redskin to another,” safety Brandon Meriwether said before devouring a slice of SpinFire Pizza, “CONGRATS!”